As well as the film list posted last week, this month's issue of the skinny features the music team's top 50 albums of the year. here's the top 10...

i put in votes for three of those (grimes, errors, cloud nothings) and since voting have grown rather fond of a further two (godspeed and dirty projectors). so while i can't say i'm much of a fan of the money store, the list as a whole is a good un i reckon.

like the film list, i'm holding off posting my personal list till nearer the end of the year, to give more time to catch up on some things i've not got round to hearing (that matthew dear album just jumped to the top of the pile). in the meantime, here's a small feature i wrote to mark cloud nothings' placement: 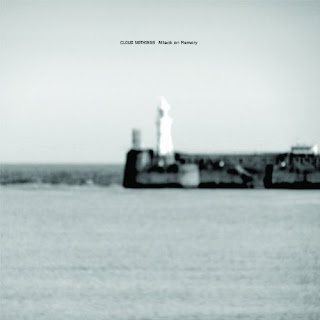 Galloping on youthful energy and endless hooks, its peppiness was infectious, but while we were smitten, Baldi was already bored. With Cloud Nothings barely out of its shrink-wrap, its creator re-entered the studio, writing and recording its successor in a tight three weeks. “The only part the self-titled album played in the process was that I wanted to do something very different since I was really sick of those songs,” explains Baldi. “I liked the idea of us doing something new and confusing people who were familiar with us playing a certain type of music.”

Opening the album with a crescendo of strained howls and crashing cymbals, everything about No Future/No Past seems designed to signpost this change of direction, from its title to its sullen pace to the grungy lack of melody. Wasted Days takes the reinvention/reinvigoration further, rolling and snarling over nine minutes of self-doubt and guitar solos, Baldi screaming mantras of disillusionment. Admittedly, the remainder of the album is less thoroughly divergent, with Stay Useless among those tracks retaining a clear bowline to the band’s punchy, poppier past, but nevertheless, Attack on Memory signals a significant shift in Cloud Nothings’ parameters.

Its intensity is partly attributable to changes in the recording process. Where Cloud Nothings’ sleeve proclaimed ‘all songs written by Dylan Baldi/ all instruments played by Dylan Baldi,’ Attack on Memory saw his long-time live band (Jayson Gerycz on drums, Joe Boyer on guitar and TJ Duke on bass) credited as co-writers and invited into the studio for the first time. “I wrote the songs and lyrics and all that, then the band wrote their own parts around them,” clarifies Baldi. “But we would change things around sometimes. It's really always been that way; I just used to record things on my own instead of with them. We'll definitely approach [future albums] in a similar way – it's a lot more fun to record with other people than by yourself.”

With the last two albums released almost exactly 12 months apart, we ask if Baldi has something lined up for 2013. The answer, excitingly, is yes. “It's shaping up to be a pretty different record than Attack on Memory,” he says of Cloud Nothings’ next move. “Hopefully people are willing to go along with it.” If his personal favourite albums of 2012 are any indication of where his mind’s at (Aaron Dilloway’s avant-noise triple album Modern Jester, Swans’ searing The Seer, a re-release from experimental drone-folk duo Natural Snow Buildings), chances are it’ll force another rethink of where Cloud Nothings are headed, and how much of a racket they’re going to make getting there.