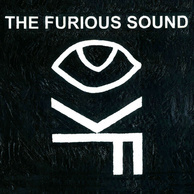 
Albums about the superstitious persecution of woman are like buses, it seems. A month after Darren Hayman’s The Violence set the witch trials of 17th century Essex to song, The Douglas Firs’ second album The Furious Sound takes inspiration from the earlier North Berwick trials, which resulted in the deaths of around seventy people. Where Hayman weaved accessible narratives, Neil Insh’s project spins out into broader themes and more testing musical terrain, with a sepulchural atmosphere no doubt augmented by the decision to record in darkened woodlands and castle dungeons.

There are mysteries layered throughout its droning, drifting duration; unsettling and insidious on certain tracks (the incantational Devils), gentle on others (the instrumental Black Forest), and always extremely evocative. Like debut Happy as a Windless Flag, The Furious Sound surrenders its secrets slowly but surely, its spectral hymns crafted with great care and likely to haunt thoughts for some time. 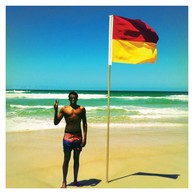 
Wiping the slate of less distinctive past releases, Sinkane (Sudanese New Yorker Ahmed Abdullahi Gallab) presents MARS as a re-boot debut – a fresh start with a refreshed sound. A multi-instrumentalist of some renown (having previously played with Of Montreal, Caribou and Eleanor Friedberger, amongst others), Gallab’s utilised his connections well, coaxing contributions from a number of peers.

Yeasayer’s Jason Trammell occupies the drum stool for several tracks (with bassist Ira Wolf Tuton joining in for Jeeper Creeper’s rolling space-funk); Ann Arbour afro-beat collective NOMO chip in horns on occasion, with Lovesick’s coda especially vibrant; while a smokin’ guitar solo from George Lewis Jr (aka Twin Shadow) ensures Making Time is a super-slick highlight. But Gallab never allows himself to be shunted out of the spotlight, guiding MARS though a diverse but complementary assortment of genres (the disco-funk of wah-wah workout Runnin’; the title track’s abstract jazz) with skilled self-assurance. 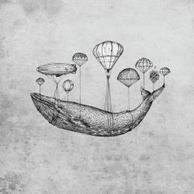 
It’s taken Edinburgh-based songwriter Steve Adey six years to follow up debut album All Things Real, for reasons ranging from tropical maladies to obsessive studio tinkering. While the former militating factor is unfortunate, the latter has paid off nicely, with the bubbling soundscapes of opener A Few Seconds Have Passed establishing The Tower of Silence’s beautifully delicate production.

It’s followed by the sparse and majestic Laughing, its slowcore sadness lifted by the tender interplay between Adey’s rich baritone and the soothing embrace of Helena MacGlip’s background vocals. Just Wait Till I Get You Home reappears from last year’s These Resurrections EP, its steady splendour no less impactful, while With Tongues ventures into new celestial territories, with choral harmonies and electronic blips offering a mid-point breather from the concentrated emotions threaded elsewhere. Unrushed and uncluttered, The Tower of Silence is an album to drink in slowly.